DronePrep is delighted to be representing the UK at the World of Drones & Robotics Congress 2021 for the second year running, with Co-Founder & CTO Claire Owen also asked to speak at the event on 18-19 August.

This year’s congress will be held both online and in person at the Brisbane Convention and Exhibition center, Australia. DronePrep was approached by the Department for International Trade (DIT) and asked to represent the UK at their virtual pavilion.

The World of Drones Congress and Robotics Congress is the largest drone Congress in the Asia-Pacific region, connecting stakeholders with the latest industry developments, applications and policies. Bringing together the experts in drones, robotics and autonomous systems, the congress provides a great opportunity to connect, collaborate and co-create.

Following successful trials in Cornwall and Scotland, Claire will be discussing DronePrep’s consortia work with Royal Mail, showcasing drone delivery for medical purposes and discussing the hurdles to overcome.

Interested in attending? Use discount code D25PC for 25% off tickets when registering. For more information, check out: https://www.worldofdrones.com.au/
Planning to be there? Get in touch, come see us on the virtual stand.

We are excited to announce that DronePrep’s Claire Owen has been selected as a finalist for the Midlands Women in Tech Awards 2021.

Claire has been nominated for the Innovator Award, which is “…awarded to a woman designing, developing, researching, implementing or being exceptionally creative with technology in an unconventional and innovative way.”

Every vote counts in the race to first place – please head over to the website and vote for Claire: 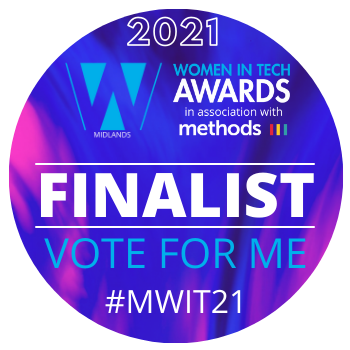 View from Above: The Daylight tool and why lighting matters

The DronePrep team are excited to share that we have just released a host of cool new features on the DronePrep platform, including the important buildings dataset and a railway buffer zone. But perhaps the most exciting tool, particularly for photographers or those just looking to snap a few shots while out flying, is the Daylight tool.

The Daylight tool displays not only sunrise and sunset, but also where daylight and shadows fall at different times of the day, throughout the calendar year. 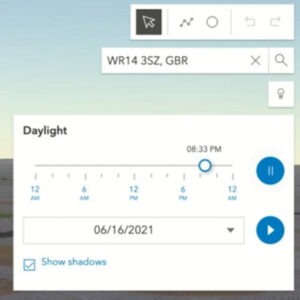 Make sure the map is in 3D view (button on the left), then click on the light bulb icon under the search bar on the right-hand side of the map display. Choose the date and time, then simply move the slider to see how sunlight affects the map, or hit the play button to watch a time lapse. You can also tick the “show shadows” box to display those all-important shadows – stay tuned for our next update, when we’ll be adding 3D-buildings (and their shadows).

We love the Daylight tool, and if you still haven’t tried it, you might be wondering why. To demonstrate the significance of mapping natural light, we asked our pilot in residence and aerial photographer Chris Gorman how he prepares for a photoshoot. Chris took this shot of Stonehenge during the summer solstice in 2018 (due to lockdown restrictions, access to the stones is prohibited this year). 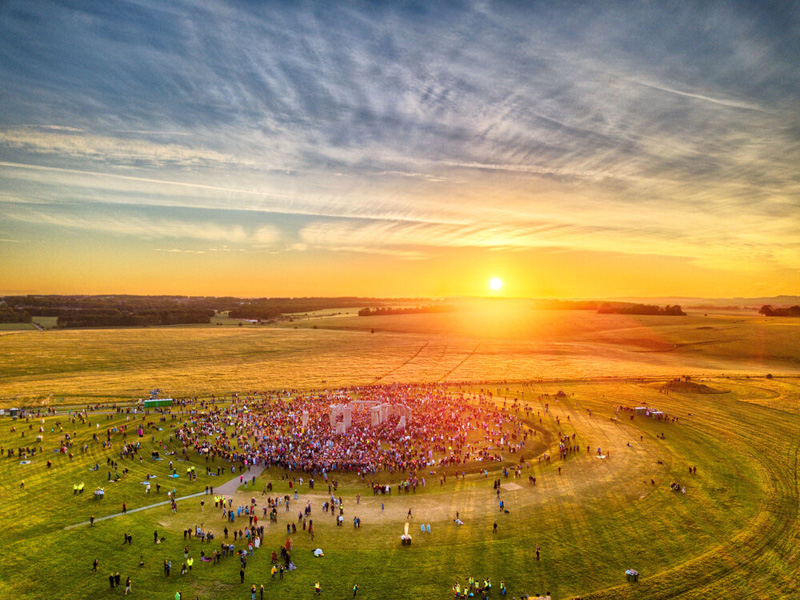 “This image was summer solstice 2018, the only solstice in recent years to actually see a perfect sunrise. As a photojournalist and picture editor, I’ve seen a mountain of pictures of the solstice over the years, which are all pretty much the same. Usually silhouettes of people with the stones behind, people cuddling the stones, etc. As a newly qualified (PFCO) drone pilot it occurred to me that the scene had never been photographed from the air. Working out where the sun would rise was my first challenge. All I had to go on was that in the UK, the sun rises in the North East. So I roughly planned my image with this in mind. Without the use of actual precise information, I wouldn’t know the exact position of the sun until I arrived at 4.45am. This is where DronePrep’s Daylight tool would come into its own. The image is shot HDR (High Dynamic Range), this is 6 frames exposed one stop apart and then blended together resulting in an image as the eye saw it. The final image was published in the The London Evening Standard, Daily Telegraph, The Times, The Daily Mirror, The Guardian and The Daily Mail, The New Zealand Herald and many more.”

Like the new Daylight tool? Tag us on social with any pictures or videos. We’d love to hear feedback on the new features, if you have ideas or comments, get in touch through the usual channels below.

Last week we had the unique opportunity to take part in the G7 Summit Technology Showcase. The event was a chance to demonstrate the best of innovation, technology and talent from Cornwall and across the UK. 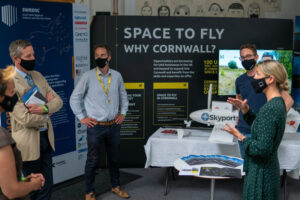 As part of the G7 Summit which took place last week in Carbis Bay, Cornwall, DronePrep were invited to the G7 Technology Showcase, a 4-day event highlighting the latest tech developments emerging in the region.

The event offered a chance for Cornwall-made innovation projects to shine. Exhibitors included organisations from a wide variety of industries: from lithium mining, to agriculture, to space exploration.

DronePrep’s Co-founder and CTO Claire Owen had the chance to talk about our UKRI-funded projects with Royal Mail and the NHS to carry out drone deliveries in the Isles of Scilly, and to discuss the future of autonomous deliveries. There was also the opportunity to demonstrate the DronePrep platform to operators and industry representatives.

“It was a fantastic opportunity to find out what’s going on both within and outside our field. We’re really on the cusp of this massive revolution in technology, and it was great to see first-hand how these businesses are putting Cornwall, and Great Britain, on the map.”

Special thanks to Gail Eastaugh, James Fairbairn, and Sam Healy of The Cornwall Development Company for hosting. 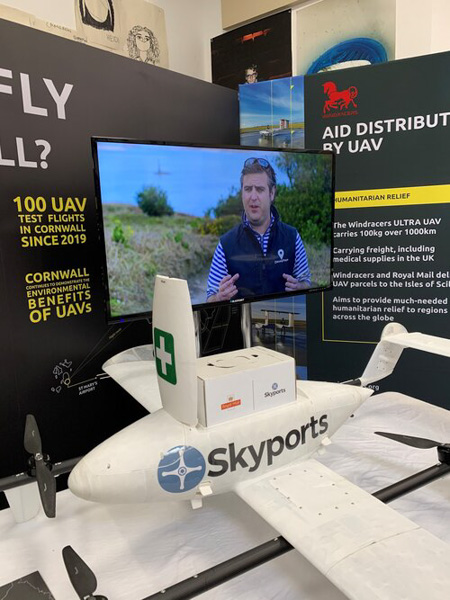 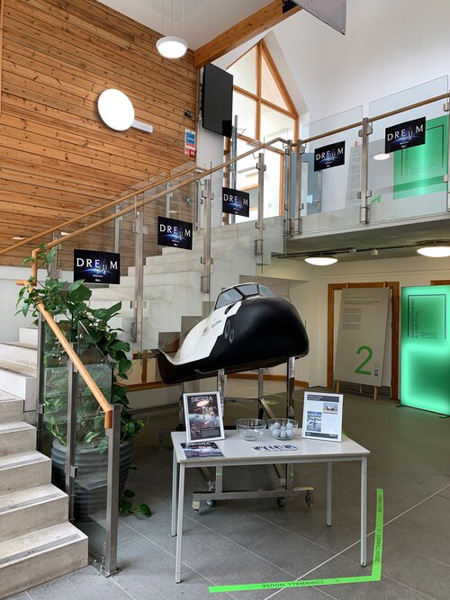 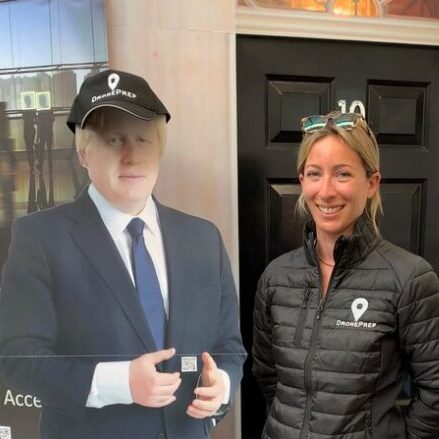 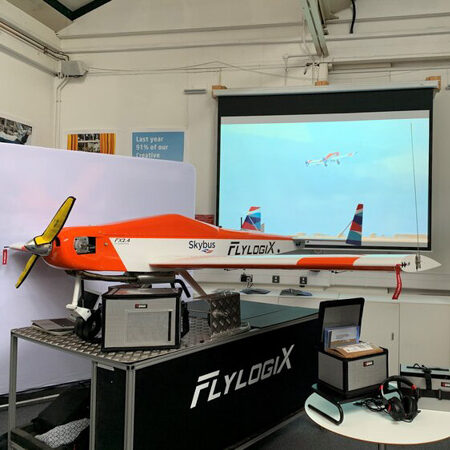 When he isn’t busy helping landowners set up access policies, DronePrep’s Christopher Walker is an avid drone pilot and is always keen to try out new tech. Christopher recently had the chance to fly DJI’s Mini 2 – the successor to the Mavic Mini and a popular choice for beginners and experts alike. Here are his thoughts on this compact, feature-loaded mini drone.

I hope the sunny Bank Holiday weekend gave many of you the chance to dust the cobwebs off your propellers, charge your batteries and take to the skies! We haven’t had the best flying weather these last few months, and lockdowns have certainly put a spanner in the works, but it looks like that could now change. The restrictions have limited all of us in some way or another. To me, and other hobbyists, it was not being able to go out and fly my drone, and I have had a longing desire to get back out there since last year!

Having mainly used DJI’s range of Phantom drones over the years, this was the first time I got my hands on one of their other products, the Mavic Mini 2. One of the first things you’ll notice is its size (or lack thereof). A friend of mine used to have a Mavic and I was thoroughly impressed with how compact and portable that was, but the Mini 2 takes lightweight to another level

I’m sure the majority of pilots would agree: it’s better to have a smaller, less powerful drone with you most of the time than to have a slightly bigger, better one at home that rarely makes an appearance out of its case… With the specifications from this dinky drone, you have professional 4K quality photos and videos from a device that fits in your glove compartment …and is about the same size as the battery from a Phantom drone.

After a bit of research into the key differences between the Mini 2 and its predecessor, there is hardly any noticeable difference just from looking at them side by side. The real change lies within the device itself, which features extensive upgrades to specifications and technology. The Mini 2 is faster, stronger, has better range, a better camera and offers a lot more in terms of flight features.

The original Mini was capable of capturing video at 2.7k resolution at 30fps, but the upgrade has boosted that up to 4k for the Mini 2, as well as having x4 zoom, meaning you can capture your footage from a much safer distance. You are also now able to take photographs in either RAW or JPEG format, whereas JPEG was the only option you had for the Mini.

One of the other major differences is the integration of the OcuSync 2.0 transmission within the remote control itself. This enables the drone to fly up to 10km, as opposed to 4km previously, due to the stronger resistance against signal interference – which makes for a much safer flight.

A big stand out for this drone is, of course, its portability. Weighing just under 250g, the Mini 2 falls under the CAA’s A1 category, which means it won’t require a Flyer ID to operate. For those new to drones: most pilots in the UK need a Flyer ID and an Operator ID (£9/year) and need to register their drone with the CAA (I would still recommend taking the free online test anyway for flying safely). 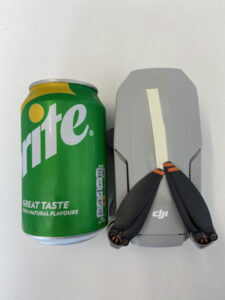 Another noticeable difference for me was the noise levels. Flying the DJI Phantoms, I would quite often attract a small crowd, pointing upwards at the drone, even when it was close to its maximum height. The Mini 2 is much quieter – so much so that when I tried to engage my 1-year old son’s attention with the drone, flying safely around him, there was no reaction at all and he was quite content to carry on with his picnic as if nothing was happening.

I was hard-pressed to find many, if any, faults with the Mini 2, but although minor, I did run into a few teething problems. Despite my praise on its size, this was also its downfall.

I had set the drone up and was ready to take-off from the lawn, but found that the motors would start and then immediately cut out… I realised that even with the lawn having recently been mowed, the grass got in the way of the propellers and wouldn’t allow for a successful take-off! I had to look for a flat surface to take-off from and ended up putting a piece of cardboard on the ground to use as a take-off/landing pad. A minor inconvenience, but one worth considering if you are planning to take off from rough terrain.

As for software, be sure to check which app to use. DJI has released a variety of different products for the UAV community in the last decade. With several apps available to choose from – each one specific to the drone you’re using – it can seem confusing at first. After downloading the ‘DJI Go 4’ app, I was unable to find the right model on the app and I couldn’t set the drone up. I soon realised that this was the wrong app and I needed ‘DJI Fly’ instead.

With an incredibly reasonable price (about a third of the cost of the last Phantom 4 Pro), this drone is absolutely ideal for hobbyists and beginners alike, giving them the opportunity to capture professional-quality footage. It’s compact, easy to fly and above all else, it’s a lot of fun. 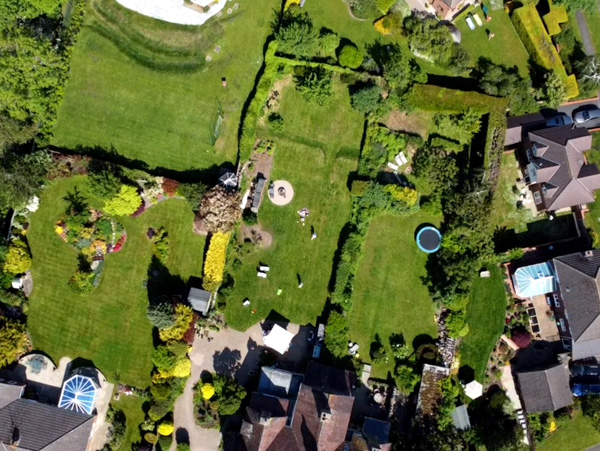 What are your thoughts on the DJI Mini 2? We would love to see your footage. Tag us on Instagram @droneprep.